Is this real life?

If you know Nate, you know that he will go to great lengths to save money. We don’t spend a lot of extra money while traveling unless the result far exceeds the cost.

For example, there were personal massages in Belize for $90, why pay for that when Nate can just give me a massage? Our campground in Colorado didn’t have showers, so instead of paying to use one… who needs ’em? In Costa Rica, we paid for a surf guide for an hour, because after that who needs them either? In Europe, Rick Steve’s free audio tours got us through. In Thailand, everything’s dirt cheap so it didn’t really matter.

I’m making him sound a little extreme, because he is. But I’m grateful for that because it means we get to go to some of the coolest places in the world [in my opinion] and maybe still have some money when we get back?

Anyways, northern South Africa has a massive wine region about an hour from where we were staying in Cape Town. We decided that paying for a cute little tram to hop on and off of between wineries was totally worth it. We drove ourselves to Franschhoek – one of many popular wine regions recommended to us. 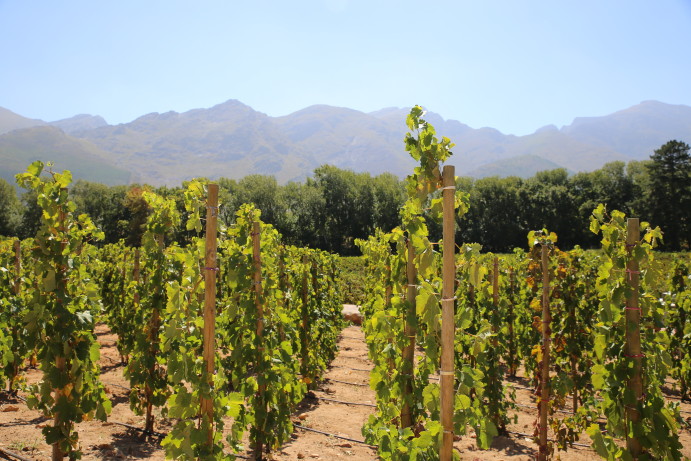 There, we paid for our tram pass which included 6 unique wine estates, 3 of which had complimentary tastings. The other three had very reasonably priced tastings ($2-$5). 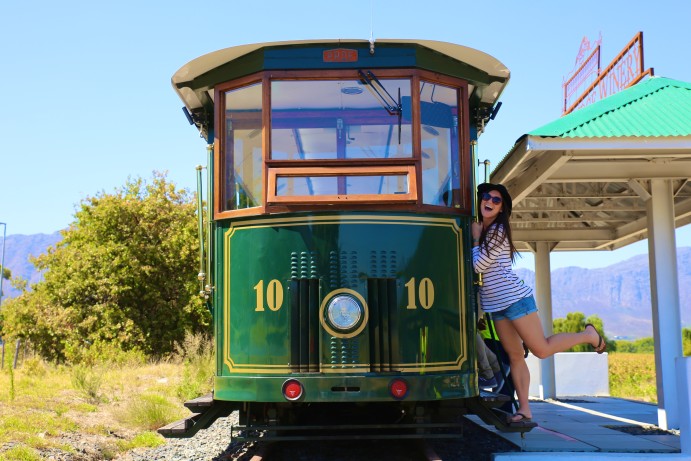 We loaded the first tram at 10 am and made a gorgeous ride through the vineyards and valleys with a constant view of the mountains. It was a perfect sunny day for such a picturesque tour!

We stayed at each winery for an hour before the tram picked us up to go to the next one. The servers were very informative about each wine we tasted, telling us about the history and making of each of them.

The second stop was at the Grande Province. The tasting was set in a courtyard at a picnic table in the middle of beautiful green trees, flowers, and statues. Yes please!

At lunch time, we hopped off the tram back at the city center and checked out an event going on at a local church. We caught word that they had tons of authentic South African cuisine that was homemade and cheap. This ended up being one of our favorite meals!

The next winery our group decided was our favorite out of all of them. We had a private table on the side deck with an unbeatable view and quaint atmosphere.

It could not have been better weather to sit outside and enjoy wine and a view!

The following winery had tastings indoors with walls of windows overlooking the vast vineyards. I really enjoyed this one, because the wine was paired with my favorite food – chocolate!

The final vineyard of the tour stood out from the rest, because the tastings were actually in the vineyards [or there was a lot of wine in our system, so everything was cool]. There was a patio and chairs out in the grass where we sipped our wines and then got to walk through the rows and rows of grapes .

Seeing this part of South Africa is definitely a must!!! 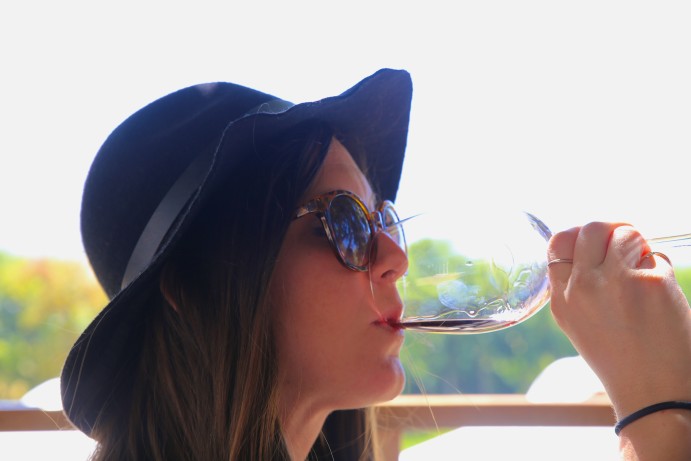 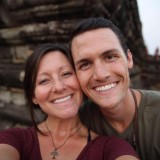